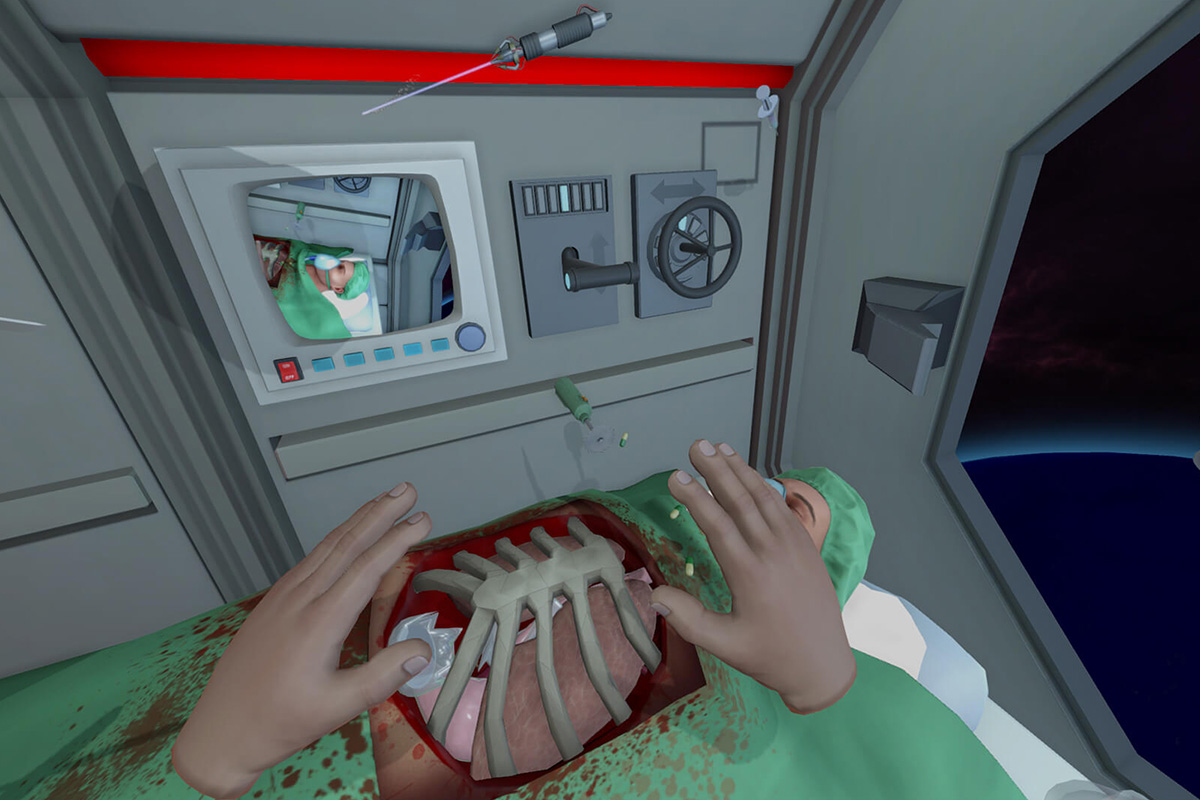 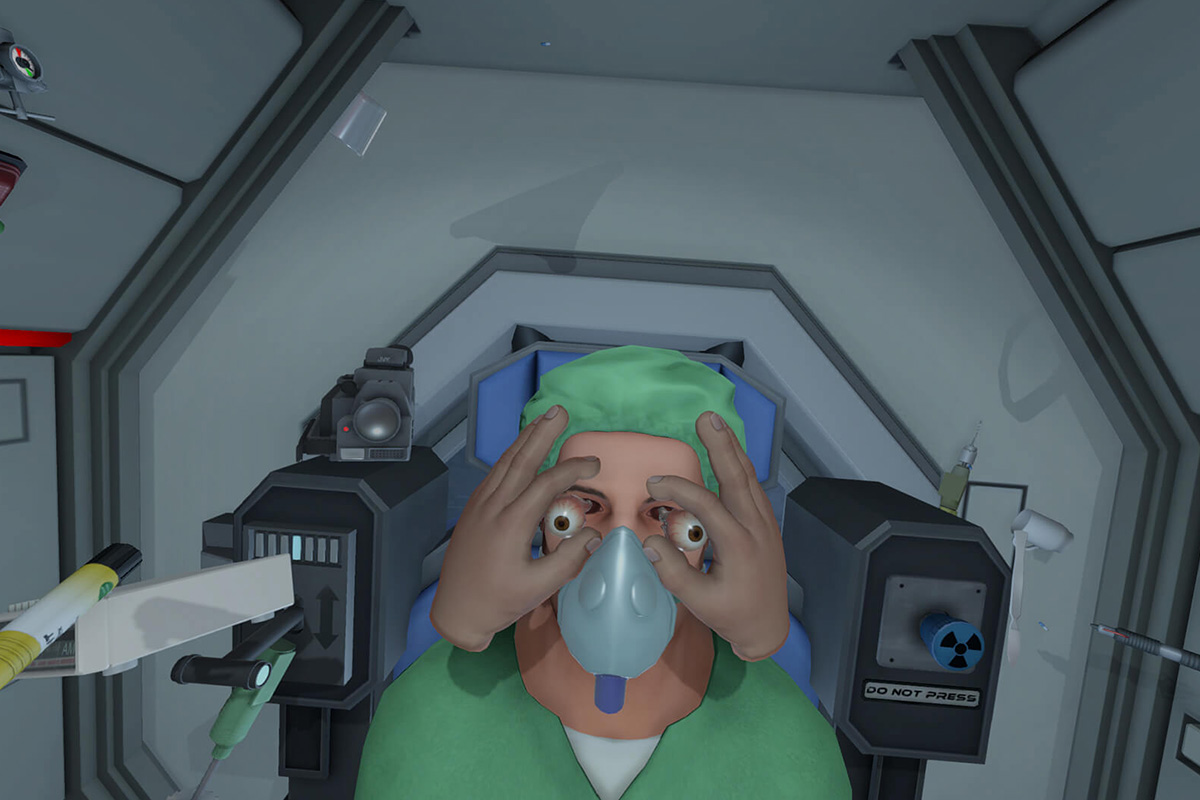 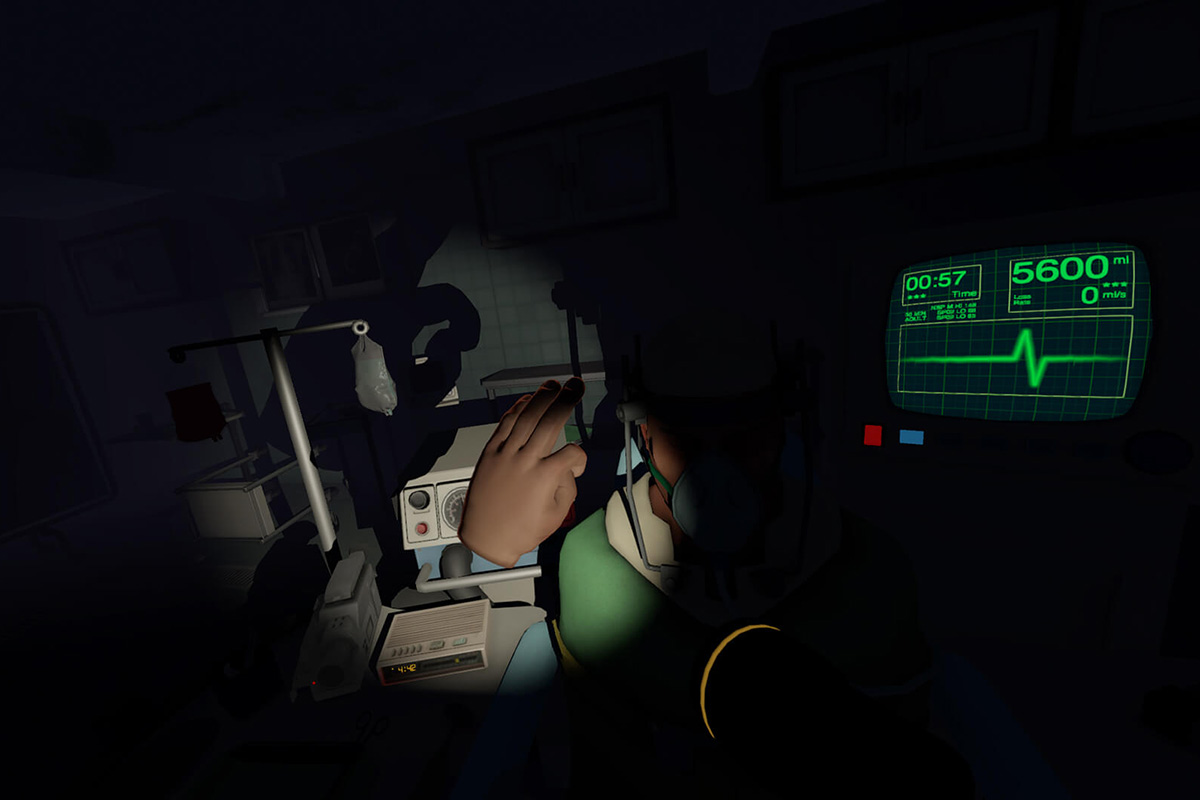 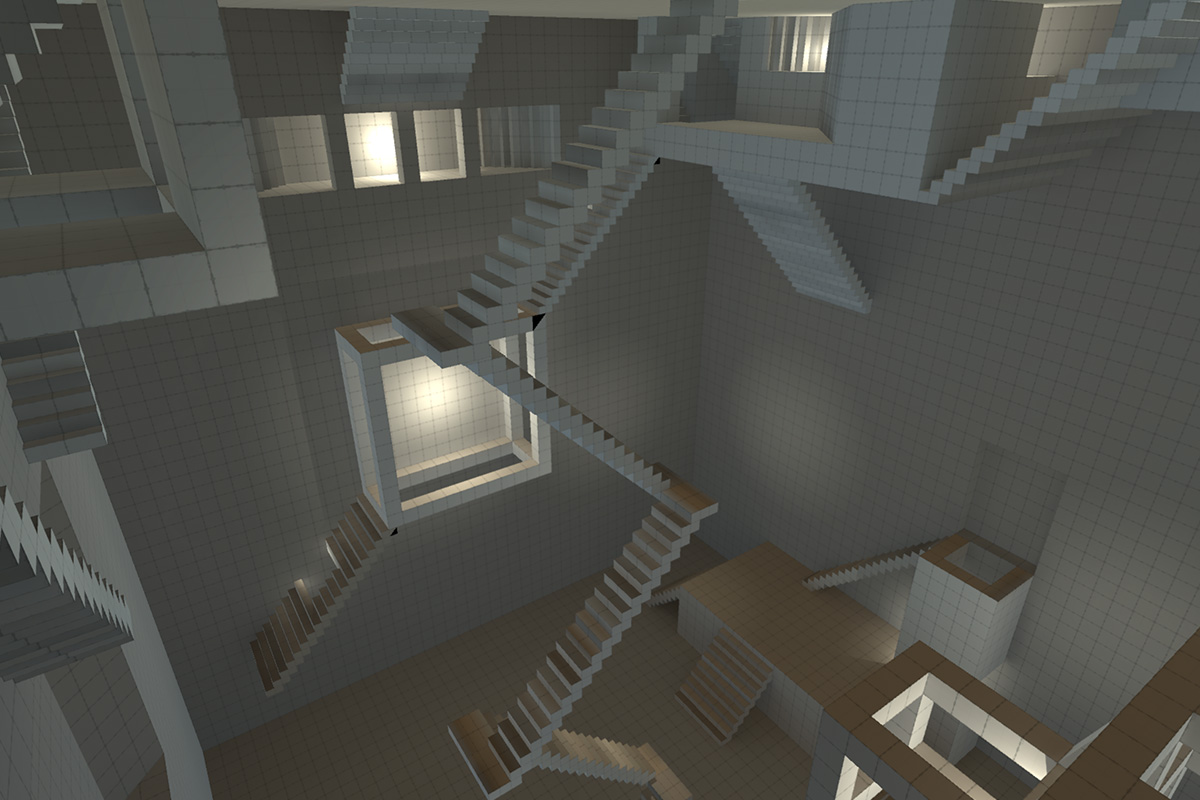 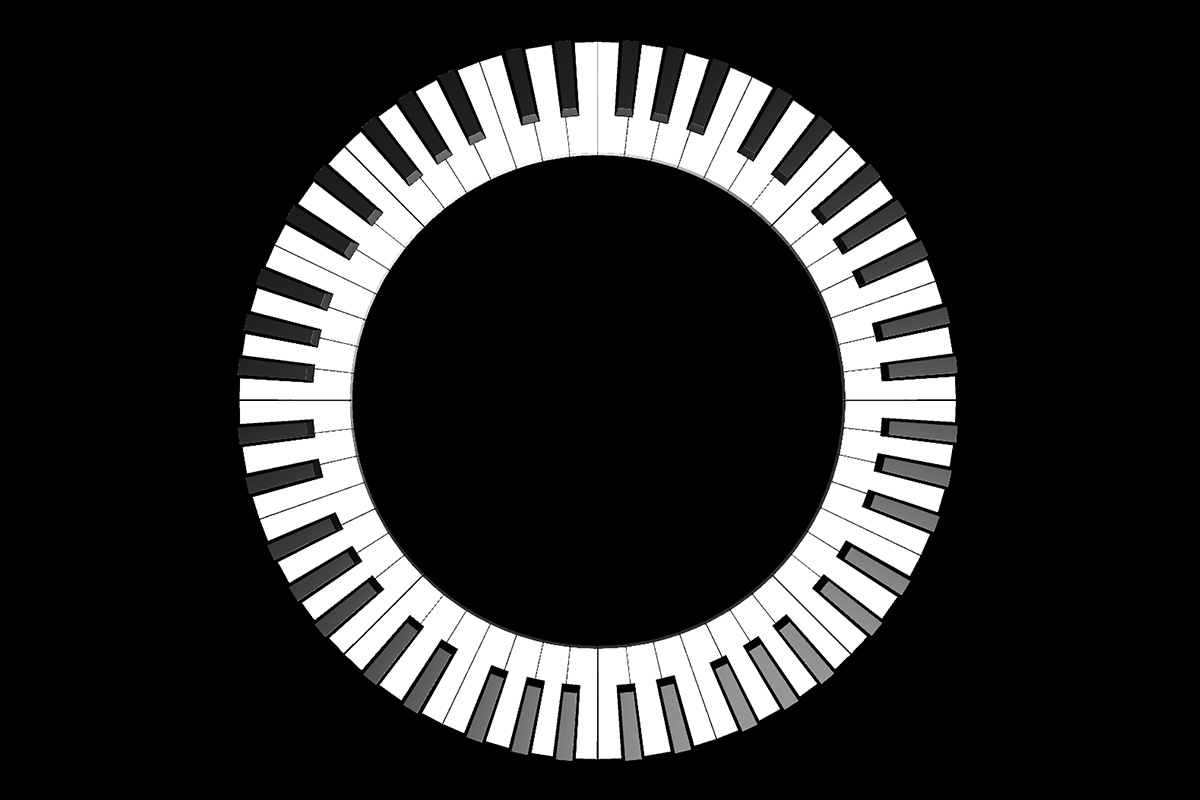 I again worked at Bossa Studios on various incarnations of Surgeon Simulator for VR. Having initially brought the alien zero gravity space level into VR for the HTC Vive MWC/GDC reveal I was then the main developer for porting the rest of the game to VR for HTC Vive and Oculus and getting it to a built state for PSVR. Making the game still feel "surgeony" in reference to the original controls for the player was a challenge given that VR controllers are super accurate but we managed to make alot of the levels interactive and for some levels you need to use both hands to hold a torch whilst operating etc. Now available on Steam, Oculus Store and PSVR.