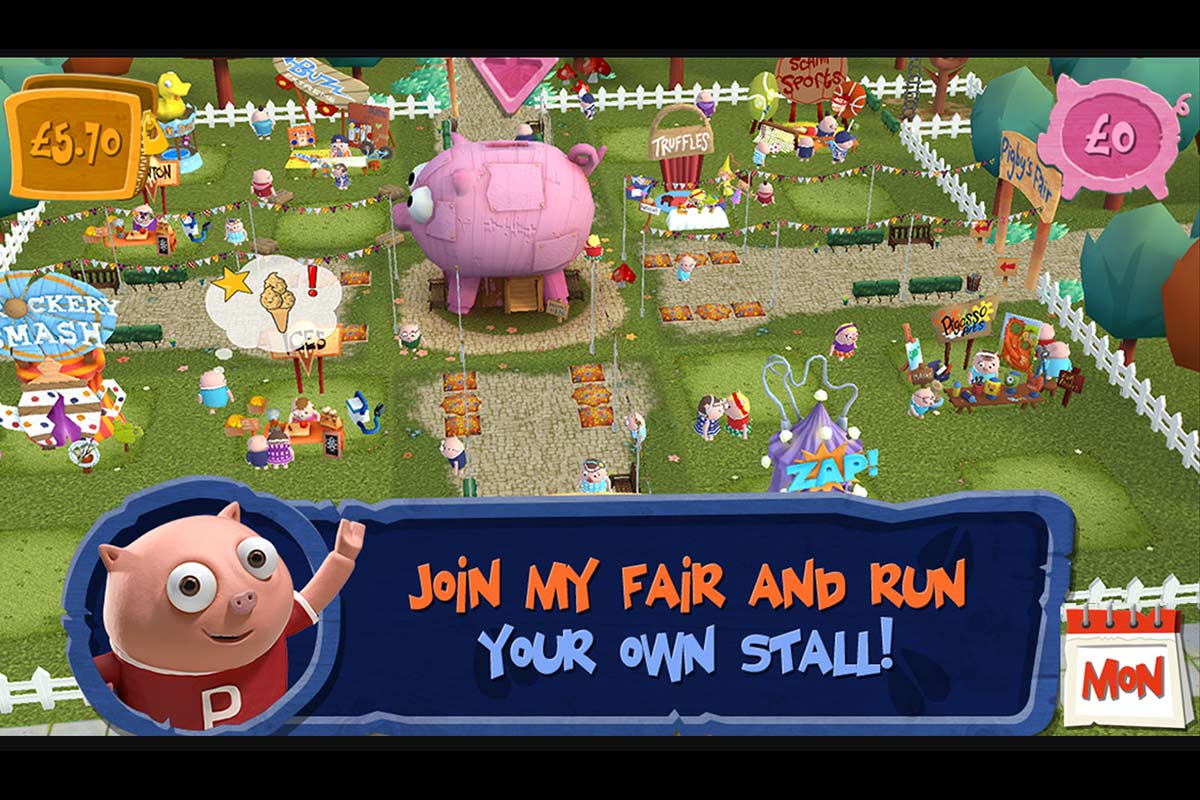 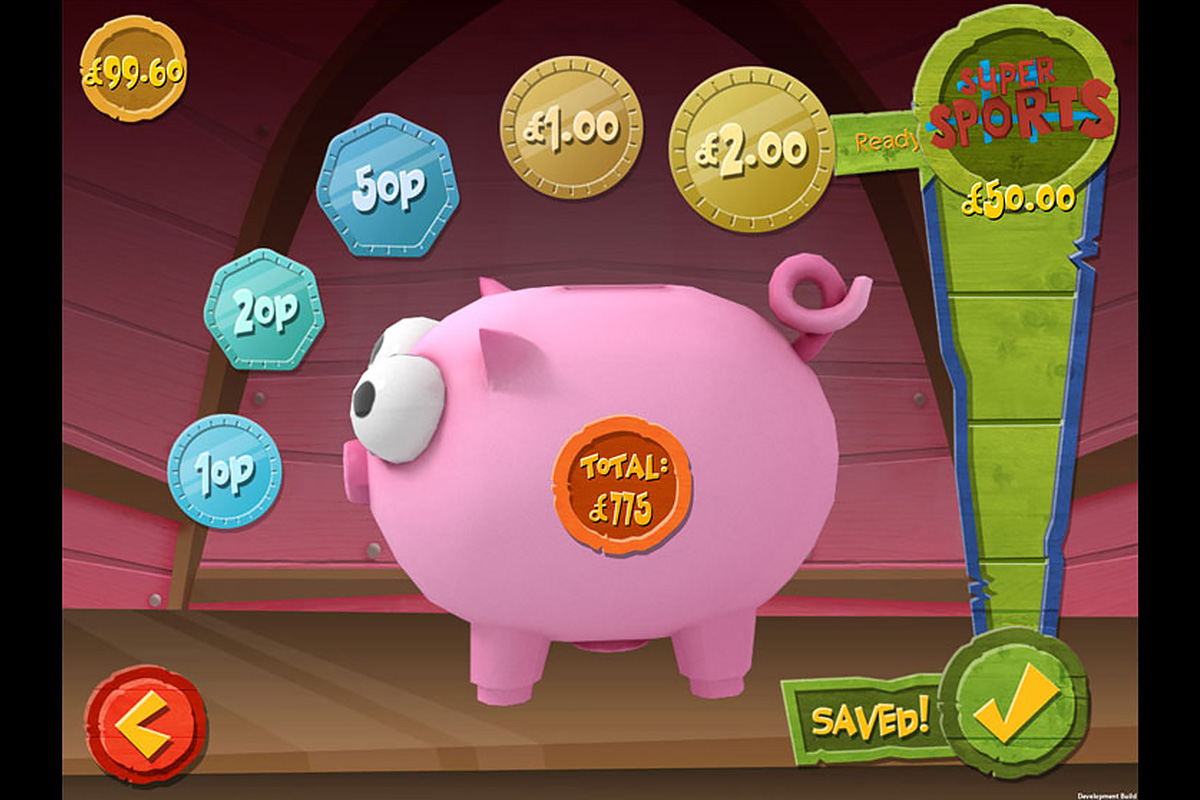 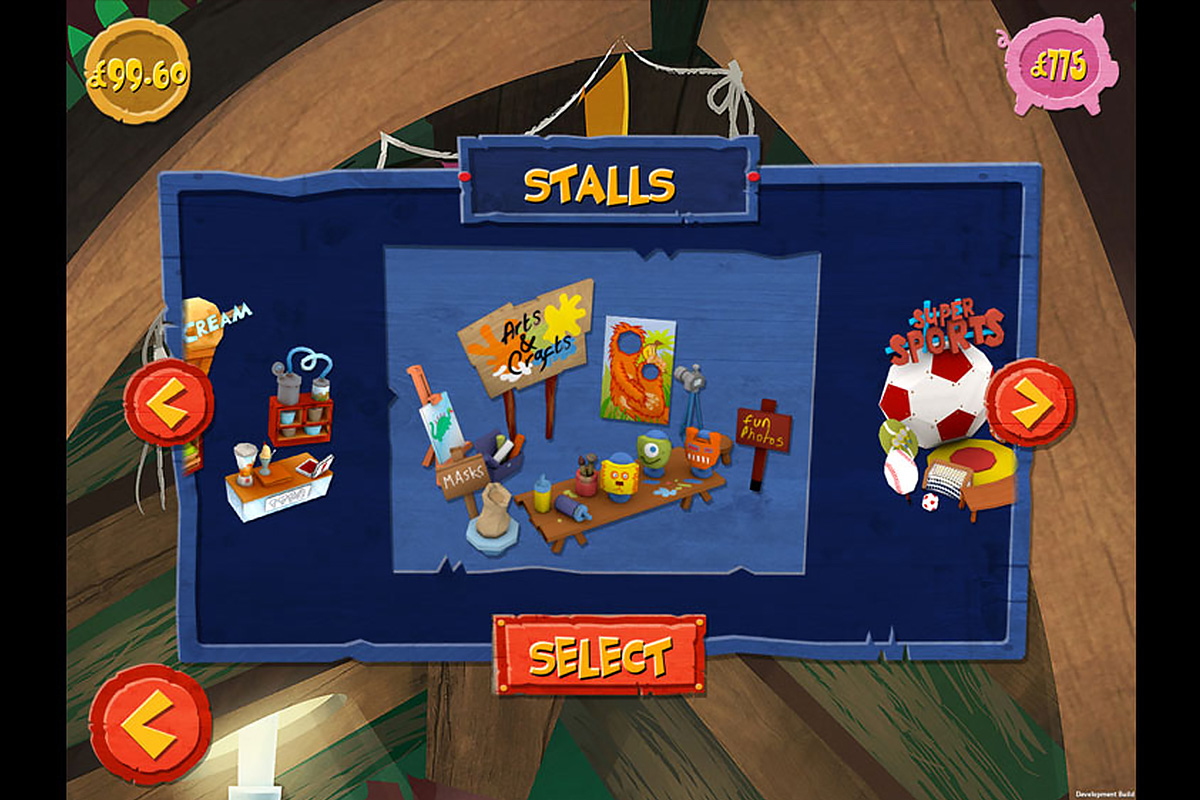 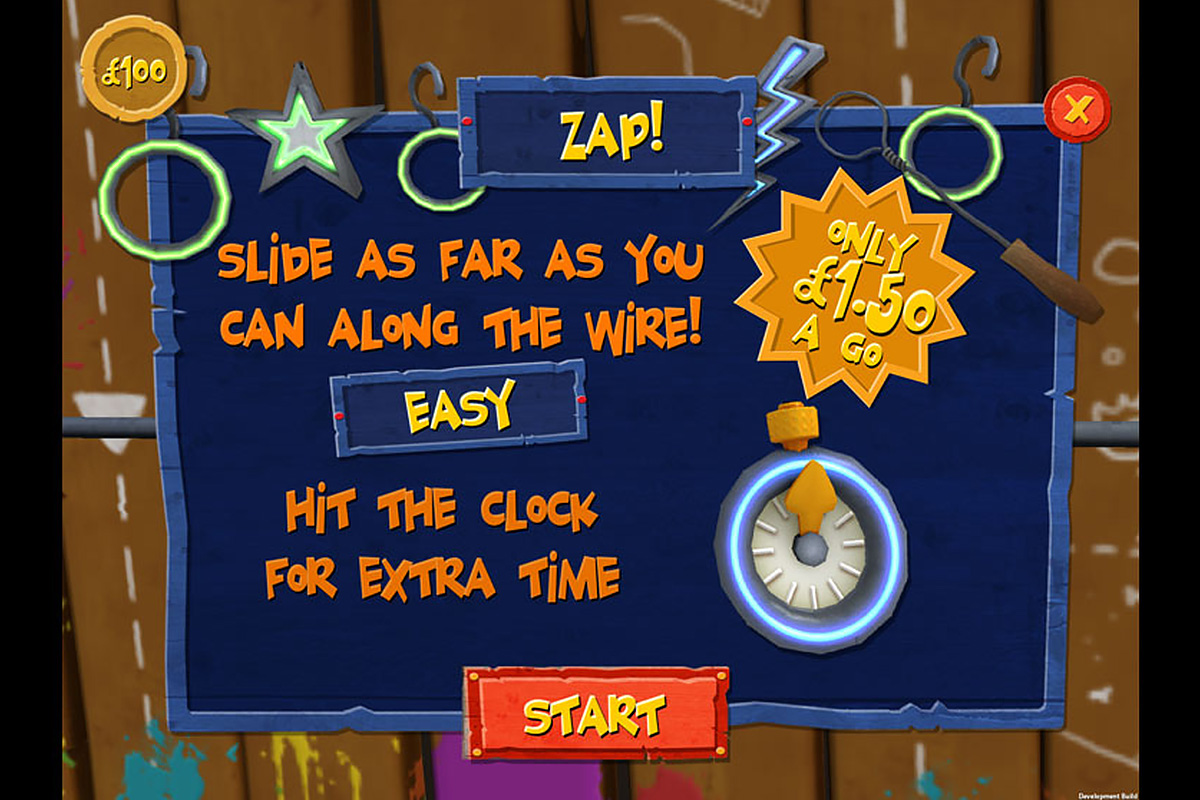 I had the pleasure of spending several months of last year at the wonderful studio's of Aardman Animations in Bristol as part of the team developing Pigby's Fair for RBS / Natwest which accompanies the return of the piggy bank for children's saver accounts. My initial focus within the development team was on the data modelling for the application, ensuring data persisted between sessions as well as progressively unlocking features etc as the user progresses through the game. I then developed a developer console/interface that allowed us to interact with the data model and stress test and debug via an interface that was overlayed over the game at runtime. I then took a more general focus and worked on the various GUI screens throughout the application, the tutorial that directs the user through the game before they actively start playing, analytics and the mini games such as Crock Smash. I also worked on part of the DesireManager that determined the pigs that are walking around the fair decisions and desires that essentially drive the game. After a lot of blood sweat and tears I'm happy to announce that Pigby's Fair v1.0 is now live on the Appstore and the Google Playstore!! Go forth and save! Update: After the initial release I took over the lead dev role on the project to handle a feature update that was planned to be released two months later. This involved working and scheduling with the other developer on the project to ensure we were able to meet the milestones for the DLC content which is now live on the store!! RBS also released a short Making of Pigby video.